The first day of Nationals is on the books! In case you’ve missed the excitement, here is a brief recap.

Games are being live streamed and archived at https://www.youtube.com/channel/UCErGZEQZdTtvKRfIZtl4m0A.

Going into the final round of T2-2P there were 4 players tied for 1st place with 8 points. Tyler Stevens must have really wanted the victory because when it counted most he beat his opponent 7-0 while the other players either timed out or lost. Congratulations, Tyler, for winning T2-2P!

There was a variety of decks in the top 8 of T1-2P, including Angel Party (2), Frankenstein’s Monster, Musical Martyrs, Flood Survivors and Throne variants (3). It’s no surprise that there were 3 Throne variants because they were piloted by Josiah Beers, Brian Jones and John Earley, all of which whom have made top cut multiple times in the past.

The finals was a “Throne vs. Throne” battle between Brian and John. See John’s tournament report and deck list here on Land of Redemption for more details. 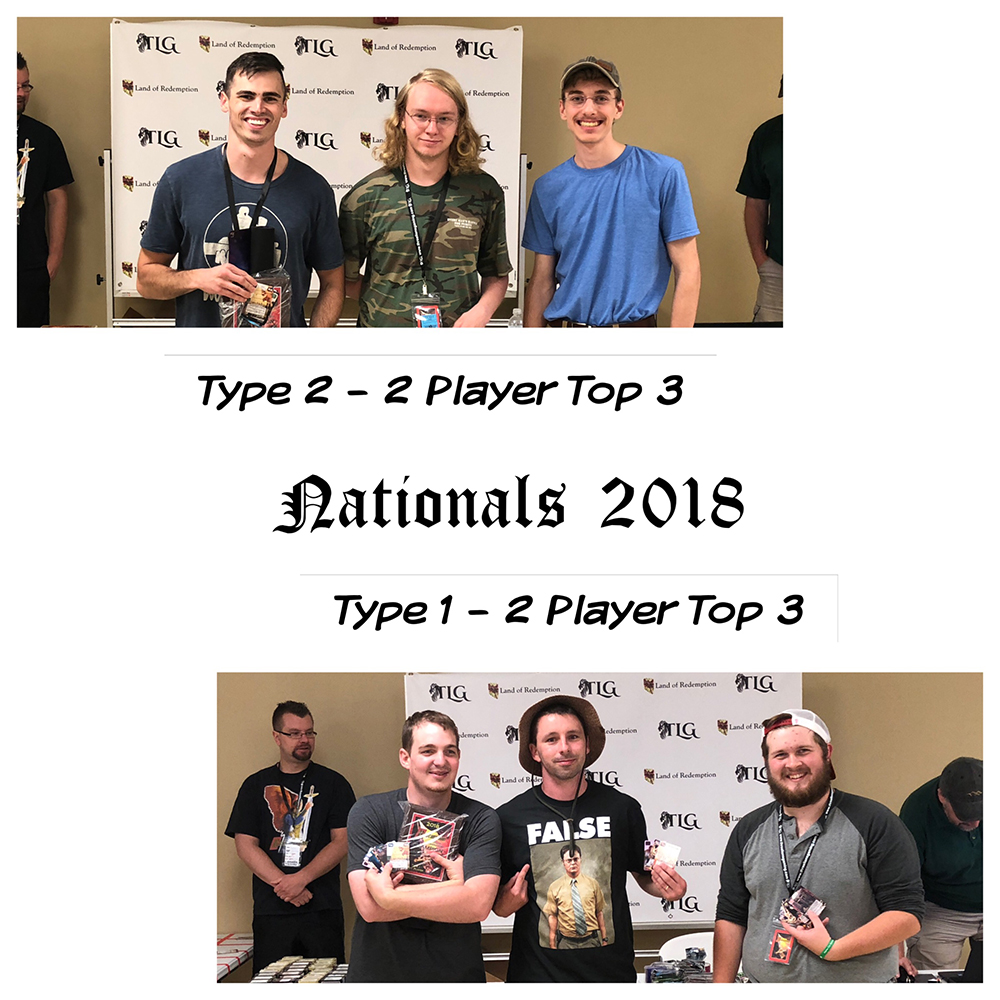 News of the next set was posted at Nationals! Expect a the announcement to be posted on Land of Redemption soon!