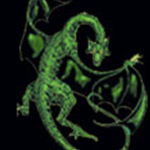 The black brigade was chosen to represent the calamity of Hell. In modern Redemption it is the home to two O.T. civilizations, the Philistines and the Canaanites, one N.T. civilization, the Sadducees, and a civilization that spans both the O.T. and N.T., the Greeks.

The strongest and most prevalent abilities you’ll find in black are discard and negate. Philistines are excellent at stopping banding, but require backup from negate Enhancements due to their large stats. With Abom, Greeks have access to one of the most versatile discard abilities the game offers. Black also has one of the top 2 Hero removal abilities in the game in Wrath of Satan.

Both the Canaanites and Sadducees excel at capture abilities while splashing in forms of discard as well. Canaanites even use self capture to reap big bonuses. If you’re looking to Site lock another player, black offers two of the game’s best ways to steal an opponent’s Site.

“Black is weak”. That was a common joke when I started playing Redemption years ago because it was actually really strong. That really rings true again. Black has so many strong abilities, but it does have weaknesses. Even though red is often thought of as a banding brigade it is very good against Philistines. Since Greeks rely on forcing the opponent to draw, anti-draw abilities make it very tough to carry out that strategy. Anti-capture is good against Canaanites and Sadducees. 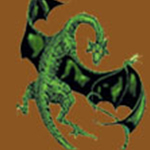 Brown was chosen to describe being scorched and rebellious. That still holds true today because we find all the rebellious Israelites printed in the brown brigade, mainly focusing on evil kings of Israel and Judah. Brown is also home of the small Persian civilization.

No brigade can take more advantage of Sites than brown. You’ll find abilities that search out Sites, put them back in the deck, benefit from having them in play, and take them from an opponent. Brown also excels at decreasing Heroes as a form of winning the battle and clearing them from opponent’s territory. Persians offer strong capture and set-aside abilities.

Historically brown has some of the games strongest “cannot be negated” battle winners in Haman’s Plot, Dungeon of Malchiah, and Gibeonite Trickery. It’s only in recent years that other brigades have caught up in ways to get an unstoppable block.

If brown is utilizing Sites, it’s going to be vulnerable to a deck with multiple access cards or ways to target opposing Sites. Fortunately, those are rare. Since many of brown’s Evil Characters are royalty, King David is a major weakness for some defenses. Also, since brown is not regarded as a very fast brigade, you can sometimes beat a brown defense by simply overwhelming it. 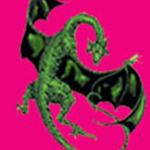 Persecution and sin are represented by the crimson brigade. That’s a very accurate description of crimson’s two primary civilizations. In the O.T. the Babylonians persecuted Israel and carried them off into exile. In the N.T. we find people that have given themselves over to sin in the form of deserters, betrayers, and heretics.

Babylonians excel at capture abilities, enough to make an argument that they have the strongest capture theme in the game. Head of Gold, their strongest capture card, has the potential to capture several humans (not just Heroes) at once. Babylonians also offer several ways to thwart an opponent’s Sites, Fortresses, and Artifacts. While they also have a couple forms of Lost Soul manipulation and protection, that is really the strength of the N.T. theme. Here we also find the another of the brigade’s top 2 Hero removal abilities in Great Image.

N.T. crimson, specifically heretics, offer many ways to protect Lost Souls from being rescued. This group of “sinners” also seems to excel against opponent’s N.T. Heroes. They minor in interaction with demons, the second most of any theme. Crimson is also the home of the underdeveloped animal theme which has the advantage of not being target-able by many of the game’s common battle winners.

With such a strong focus on two main areas of the game, capture and Lost Soul manipulation, crimson is inherently weak to anti-capture and protecting Lost Souls from evil. The Daniel theme has many built in tools against crimson. The Colossae church and Jude are also great cards to have against heretics. 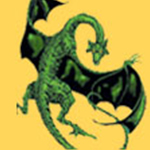 In Bible times, gold was commonly used to make graven images for idol worship. That was true of the Egyptians and their many gods. It was also true of Herod the Great (father of the Herod theme) who expanded the Temple in Jerusalem and built himself a palace.

Egyptians have some solid capture abilities, but really excel at discarding cards from the top of an opponent’s deck. The Genesis Egyptians also offer some pretty strong card drawing abilities and can be used as a quick stall defense when paired with the right offense.

Herods also have some solid capture abilities, even stronger than the Egyptians. They sometimes follow that up by discarding the captured Hero. But one of their biggest strengths is their anti-banding abilities. Herod’s have several good ways to deal with multiple Heroes in battle. As a subset of their anti-banding, Herods do the best of any brigade at utilizing and taking advantage of withdraw abilities.

While anti-capture is good against evil gold, it’s not going to be too big of a hindrance. There are also very few ways to protect from withdraw so you won’t beat gold with anti-withdraw abilities. Small initiative characters and solid battle winning abilities work well against gold. Herod’s in particular are weak against females because some of their strongest abilities only target males. Deck protection is decent against gold, but since deck discard isn’t usually a game winning ability it shouldn’t be a strong focus when trying to stop it. 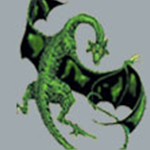 Originally gray was chosen to describe people that were neither hot nor cold. Today, it’s the home of N.T. Pharisees and Romans as well as O.T. Syrians.

Due in part to its speed, gray has been a prominent defense for a few years now. Most of that speed comes in the form of Pharisees and the “out of theme” Sabbath Breaker. Pharisees also offer a lot of banding. Gray has a a toolbox of one-off “sneaky ninja” blocks that are difficult to stop.

Capture seems to be a theme of many of Redemption’s evil brigades, including gray. All three of gray’s themes implement some strong capture abilities. The Romans even offer ways to manipulate captured characters turning them into Lost Souls for you to redeem. The strength that really makes gray unique is the ability to decrease an opponent’s hand. No other brigade does that better!

With gray’s strongest feature being its hand decrease, abilities that protect your hand a great against gray. While gray’s “sneaky ninja” blocks are effective in buying time, they do not provide staying power for the long game. If you can outlast gray, you can sometimes just walk by the defense. 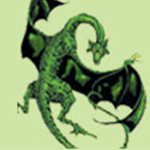 Pale green was chosen to be descriptive of death. With that in mind it seems a perfect home for the O.T. Assyrians who were such a wicked and brutal national that the prophet Jonah didn’t want to preach repentance to them. The magician theme, which spans both the O.T. and the N.T., sometimes attempt to associate with the dead. Lastly, the underdeveloped Antediluvian (pre-flood people) theme resides here.

In the Assyrian theme you will find the game’s strongest removal of “support cards” in Assyrian Siege Army. Pale green has several strong banding and capture abilities. In fact, it has more characters that make capture abilities “cannot be negated” than any other brigade. It also has a great mass capture character in Women as Snares.

Magicians interact with demons better than any other theme. They have strong abilities that trigger off evil cards on the top and/or bottom of the deck. Since they are multi-cultural, they integrate well into many other civilizations. Magicians also have access to one of the strongest Artifacts and captured abilities in the game – Magic Charms.

You can hinder a pale green defense with a combination of anti-play, anti-evil banding and anti-capture abilities. Since pale green has such a variety of strong abilities and removal for your counters, it’s hard to shut it down with just one counter. Layers of protection are often the biggest weakness of a pale green defense. 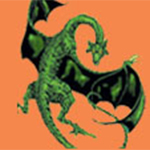 Redemption’s newest evil brigade was chosen to represent the fires of Hell. Since the Priests set, orange has been the home of all demon cards that have been printed.

The strength of orange is in its characters. Many of them have strong abilities or abilities that cannot be interrupted/negated/prevented. They work well with humans, often through banding. They also “bottom feed”, that is take cards from the bottom of the deck to play or to hand. They also offer a couple strong ways to protect Lost Souls from rescue.

Demons are the most easily recurred character type giving them the ability to be a long-lasting defense. Many abilities in the game only target humans and conversion doesn’t target non-humans by game rule. This essentially gives demons protection from many commonly used cards.

Ever since the Apostles set, Three Nails has been a huge hindrance, if not an absolute menace to demons. While orange has ways to deal with it, Three Nails is still one of the strongest counters against it. Cards like Wash Basin are great against the bottom of deck strategy that orange likes to use. Discard pile removal can quickly curb the recursion orange likes to do as well.

Thanks for taking the time to read about Redemption’s brigades. I hope this will enhance your deck building and inspire new ideas to bring fun to your game!